YOUNG PEOPLE are often disproportionately affected by laws and policies regarding the use of alcohol and other drugs, yet are often excluded from conversations around their development. Effective drug policy should reflect the reality that most young people, at some point, will be exposed to alcohol and other drug use issues either personally, within their families, or amongst their peers.

Evidence shows that minimising the harms associated with alcohol and other drugs is most effective when people can talk openly and honestly about their ideas and experiences and take ownership of safety strategies. While most existing drug education programs in Australia consider the consequences of drug use from a health perspective, there is a need for further initiatives which encourage and empower young people to contribute to drug policy conversations within their communities.

Australia21 and YoungA21 have partnered with the Australian Lions Drug Awareness Foundation (ALDAF) to engage young Australians in informed conversations about protecting themselves, their friends and their communities.

The Smarter About Drugs project takes the unique approach of encouraging young people to critically examine the effectiveness of Australian and international drug policies. It also gives young people the opportunity to suggest ways in which current strategies could be improved, allowing them a voice in public debate on the issue.

Australia21 and ALDAF have recently launched a resource designed to help educators facilitate critical and informed discussions among students about drug and alcohol issues, including national and international drug policy. Smarter about Drugs: A Conversation Pack was launched in 2017 at Star of the Sea College in Melbourne, Victoria. Australia21 and ALDAF are now in the process of identifying schools around Australia interested in using and championing the resource within their communities.

In 2018, students from around Australia will be invited to participate in an online Q&A forum that will connect young people with AOD policy experts from across Australia. The aim of the forum will be to build upon the knowledge students have developed in the classroom, and provide them with an opportunity to contribute to drug policy on a national level.

The Smarter about Drugs project began in 2014 with a youth workshop and panel discussion hosted by Australia21, the Ted Noffs Foundation and the Bob Hawke Prime Ministerial Centre at the University of South Australia. An evening panel discussion for interested parents, teachers and community members followed the workshop. A video of this event can be accessed here: https://www.youtube.com/watch?v=UDvuuLpYLZw.

As a result of this successful workshop, Australia21 partnered with the Australian Lions Drug Awareness Foundation (ALDAF) to produce a resource titled Smarter about Drugs: A Conversation Pack. The development of the resource was led by young people involved in Australia21’s youth advisory group, YoungA21. The resource is designed to help educators facilitate critical and informed discussions among students about drug and alcohol issues in their community. It aims to create awareness and encourage critical thinking among young Australians about drug and alcohol issues, and empower young people to be engaged in the development of drug and alcohol policies at the broader community level.

The Australian Council for Health, Physical Education and Recreation (ACHPER) in South Australia assisted with mapping the conversation pack to the Australian curriculum, and their feedback, along with feedback from Australian teachers and academics, informed the development of the resource.

In 2017, the resource was successfully trialed and launched at Star of the Sea College in Melbourne, Victoria, where it was integrated into the Year 11 Global Politics curriculum.

Smarter about Drugs: A Conversation Pack for Schools

HOW CAN MAKING DRUGS EASIER TO ACCESS SAVE LIVES? 10 FAQS ABOUT DRUG LAW REFORM 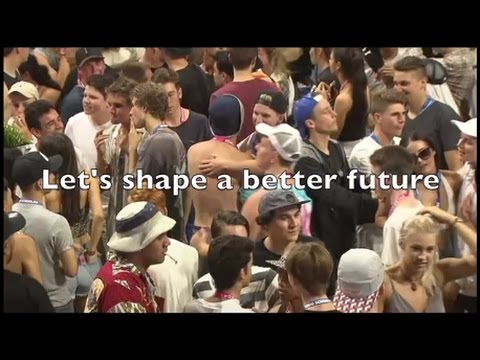 SHARE IF YOU CARE ABOUT A BETTER FUTURE FOR YOUNG AUSTRALIANS

FIRST SCHOOL SIGNS UP TO INNOVATIVE ‘SMARTER ABOUT DRUGS’ STRATEGY

SAVE LIVES INSTEAD OF SENDING SNIFFER DOGS INTO SA SCHOOLS

HOW MANY MORE CHILDREN MUST DIE? GRIEVING PARENTS FRUSTRATED BY RESISTANCE TO DRUG POLICY CHANGES

BEEN THERE, DONE THAT: SURVIVING THE SUMMER PARTY SEASON

SMARTER ABOUT DRUGS: A CONVERSATION PACK